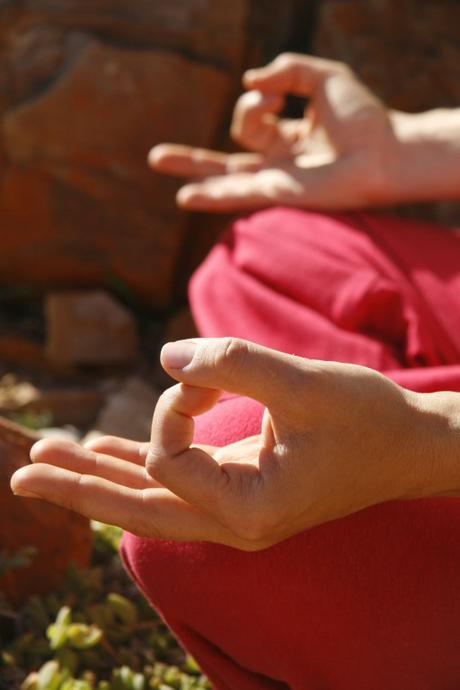 Although she began attending yoga classes in her late teens, Eve began practising seriously on a roof in Ecuador at age 21. Later, while studying in Brighton, England she discovered a group of teachers influenced by the work of Vanda Scaravelli. This inspirational yoga swept her up like a tidal wave and she attended Liz Warrington’s classes religiously for two years. After graduating with a BSc in Geography, Eve began studying the landscapes of the body. She completed her two-year Hatha yoga teacher training at Morley College in London in 2003. To delve deeper into this yoga, Eve went to classes and workshops with various wonderful teachers including John Stirk, Diane Long and Karen Ingman. In partnership with fellow yogini Jeanette Karlsson, Eve facilitated her first retreat on the Greek island of Paros in 2003.

After returning to South Africa in 2005 and working full time in environmental education at Tsitsikamma National Park, Eve began teaching a weekly yoga class in Stormsriver Village. She moved to Plettenberg Bay in 2008 and has been there ever since, giving group and private yoga lessons. Eve has taught various workshops and retreats in the Garden Route area as well as spending a couple of months working in Mozambique.

For her teacher-training dissertation Eve made a documentary entitled “Yoga and Emotional Release”, which was based on a series of interviews with yoga teachers and bodyworkers.

Her fascination with eastern bodywork led her to study traditional Thai Massage in Chiang Mai, Thailand in 2009 and Osteo-Thai with David Lutt in England in 2015.She returned to Chiang Mai in 2019 to work with massage masters and learn new techniques.

While continuing to enjoy this incredible work of awakening the spine, Eve has recently become interested in the therapeutic movement of the Feldenkrais Method and in 2016 trained in Aerial Yoga, her new passion. Eve continues to explore the harmony of science and creativity that is yoga and has now been teaching for 15 years.

For more stories about her experiences and her world seen through the lens of yoga see Eve’s blog: http://forestyogini.blogspot.co.za/